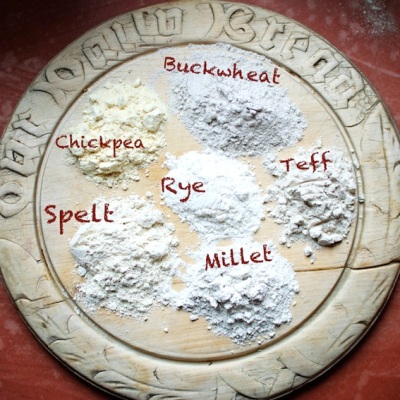 Over the past 50 years, wheat has been cross-bred to make it more resistant, shorter and faster growing. Today’s wheat is extremely inflammatory and contains substances that are difficult to digest. It is believed that the gluten found in this modern-day wheat is responsible for the rising occurrence of celiac disease, as well as benign gluten and wheat intolerance.

In addition to this, wheat’s glycemic index is very high as it contains amylopectin A, which is more easily converted to blood sugar than any other carbohydrate, including table sugar. The protein in wheat is transformed into exorphins which bind themselves to the opioid receptors in the brain, creating cravings and serious addiction. And to add insult to injury, recent research suggests that the consumption of modern wheat might trigger autoimmune diseases such as type 1 diabetes, rheumatoid arthritis, and multiple sclerosis.

So if you make only one change towards improving your diet this year, how about replacing wheat flour with some of the many alternatives?  Not only will you be adding flavour and goodness to your plate, you’ll be improving your overall health as well.