Black cumin seed: the cure for everything except death 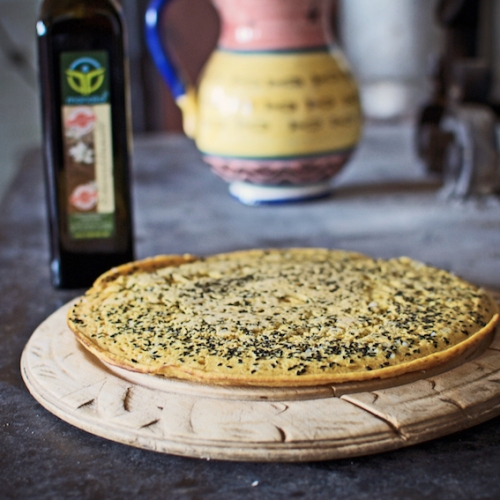 The prophet Mohammed stated in his Hadith that black cumin cures every illness except death. The use of  black cumin seed, also known as nigella seed (nigella sativa), originated in Ancient Egypt where it was reputedly used by Queen Nefertiti and Cleopatra and traces of the oil were found in Tutankhamen’s tomb. Hippocrates, the father of modern medicine and the phrase ‘vis medicatrix natural‘ (the healing power of nature) used it to help with digestive and metabolic disorders.

Clinical studies prove time and time again black seed oil’s therapeutic uses, due mainly to its Thymoquinone content. This study, one among many, addresses the multitude of potential medical uses of the oil. It has been studied as an aid to fighting cancer, asthma and also as a tool to fighting drug-resistant bacteria like MRSA. In fact, there are so many studies backing up its efficacy, that it ranks amongst the top evidence-based herbal medicines. Black cumin seed oil has analgesic, anti-inflammatory, antioxidant, antibacterial, antiviral, anti-parasitic and anti-fungal actions.

It helps digestion: the oil and seeds are carminative, which means they aid digestion and can help to decrease bloating, gas and stomach cramps. If you suffer from irritable bowel syndrome (IBS), black cumin oil may be very beneficial as it’s been shown to have antispasmodic effects on the smooth muscle of the intestine. Black Cumin seed also appears to have anti-ulcer properties against Heliobacter pylori.

It alleviates allergies: The oil has a significant anti-histamic action. The benefits experienced were likely to be due to the effects of the black cumin oil on immune response, as well as its antihistamine effects. It also appears to have bronchodilatory properties, making it suitable for use with asthma and bronchitis.

It has been widely used to treat diseases of the nervous system such as memory impairment, epilepsy, neurotoxicity and pain. Black cumin oil also has mood stabilising, anti-anxiety and anti-depressant actions; its effectiveness in these areas is probably due to the fact that it increases GABA.

It helps detoxify and heal the liver when the liver is stressed due to medication side effects, alcohol consumption, overeating or disease. Scientists confirmed in a recent study that black seed oil benefits liver function and helps prevent damage.

Black seed oil is one of the few substances that has been found to help prevent both both type 1 and type 2 diabetes: Doctors from the Indian Council of Medical Research found that it ’causes gradual partial regeneration of pancreatic beta-cells, increases the lowered serum insulin concentrations and decreases the elevated serum glucose.’ According to the study, it improves glucose tolerance as efficiently as metformin without the significant adverse effects.

Black seed oil is effective for the immune system, either to enhance or balance. Particularly beneficial for autoimmune disease, it acts by balancing the immune system; it increases immune function without encouraging an immune reaction against healthy tissue in the body.

It may be taken in seed form (I often add seeds to bread and savoury pancakes, see above), or in oil form (I take one teaspoon of this one mixed in water twice a day). It may also be applied to the skin in case of skin conditions such as eczema and boils to soothe inflammation, itching and heal scars.

12 responses to “Black cumin seed: the cure for everything except death”