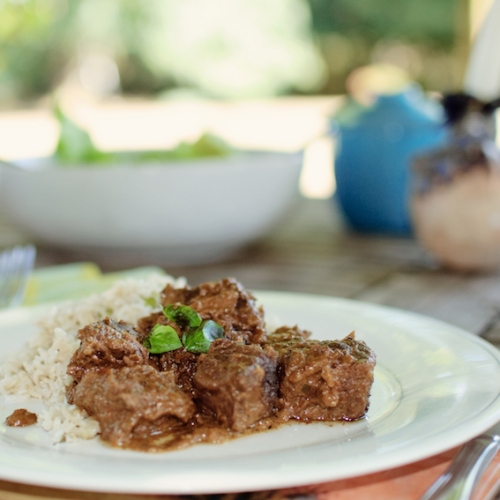 I inadvertently surround myself by fussy men. My father was very tricky to buy presents for, and I always ended up buying him books which was an interesting challenge. Well-written, knowledgeable, lively, original and slightly wry biographies about Winston Churchill or Napoleon were usually a good bet, and most things by Philip Roth or Ian McEwan usually passed muster. Books that tried to be too witty or too clever would be cast aside in disgust, as were novels by PD James who never ‘got to the bloody point’ quickly enough. It was with great sadness that I recently saw there was a new Churchill biography out because I’ll never know what he thought of it.
Luc and Léo are inordinately difficult to shop for because they’re both strangely obsessed with the weight of all shoes and clothing. Léo also has an aversion to pink, yellow and anything patterned. And not only must everything be feather-light, any zips or buttons must be ultra rapid to avoid, god forbid, slowing him down. Luc is a big fan of parachute silk and doesn’t care if his clothes make him look like gay Hawaiian televangelist, as long as they’re diaphanous. Mon dieu!
But it is Hugo that takes the biscuit (unless they’re dog biscuits which he spits out). His bedding is a source of sleepless nights for everybody. We are currently testing bed number four as the first three were not to his liking, which he made very clear. I do understand because I’ve had unpleasant experiences at times with uncomfortable bedding, but I don’t show my exasperation by growling and huffing and puffing all night.
Little Java is a breath of fresh air. Although I suspect she must have a preference for cashmere cushions (who wouldn’t?), she sleeps anywhere and on anything. She also eats absolutely everything (including dressed salad, mustard and melon, which, as dog owners will know, is incredibly random). There is literally nothing that makes her unhappy. Except gunfire; gunfire unhinges her, which is ironic as she was born and bred to be a gundog…
Ingredients (serves 4)
1 onion, peeled and  chopped
5 shallots, peeled and chopped
4 cloves garlic
1 stalk lemongrass, chopped
1 teaspoon turmeric (or fresh turmeric, grated)
4 fresh chillis, washed and chopped
1 teaspoon fresh ginger, grated
600g braising steak, cubed
2 tablespoons coconut oil
1 cinnamon stick
6 cardamon pods
4 kaffir lime leaves
500ml coconut milk
1 lime, juiced
Sea salt and freshly ground black pepper
Place the onion, shallots, garlic, lemongrass, turmeric and chills into a food processor and blend to obtain a smooth paste. Add the meat to the paste, mixing well and leave to marinate in the fridge for at least a few hours. Heat the coconut oil in a casserole dish and fry the meat/paste mixture for a few minutes until well browned. Add the cinnamon stick, the cardamon (releasing the seeds from the pods beforehand) and the kaffir leaves.  Add the coconut milk, lime juice and seasoning and bring to a gentle simmer. Cook for about an hour and a half, stirring frequently. The meat should be tender and the sauce reduced and rich. 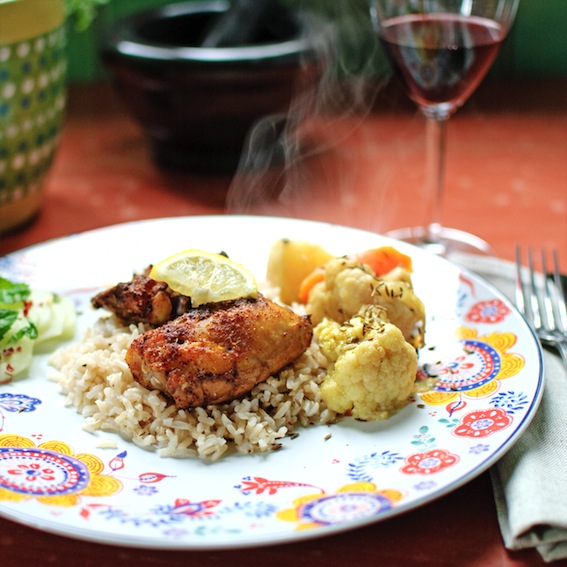 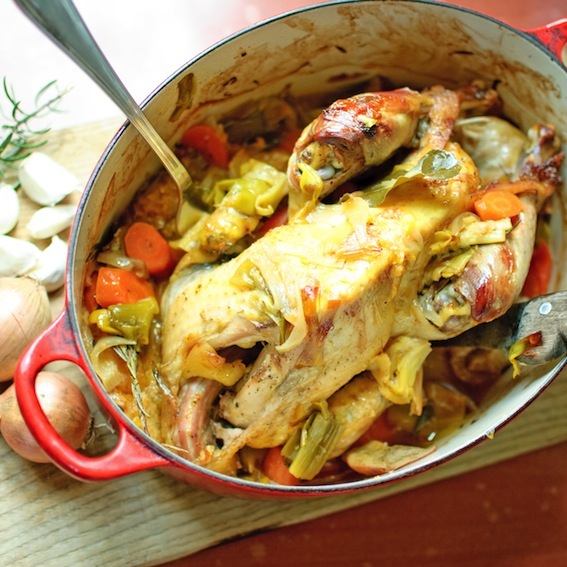