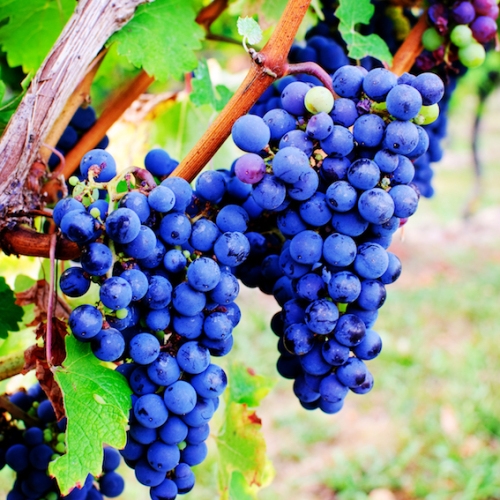 The production of Madiran wine is spread over three departments of southwestern France: Gers, Hautes Pyrénées and Pyrénées Atlantiques. We visited two chateaux in the region last week. At the first chateau, when I couldn’t face another gory detail of the ‘chatelain’s’ latest surgical procedure, I ended up with my head between my legs to stop myself fainting. I suspect his technique is to regale wine buyers with the minutiae of his latest operation, and when their defences are down (or they’ll do anything to escape), go in for the kill; we had planned to buy 18 bottles of his excellent 2012 and instead ended up with 36!
Our visit to the second chateau was after a very long, hot hike through the vineyards, and I think that we probably arrived looking a bit dishevelled (our sartorial baseline is iffy to begin with). There was an English couple tasting wine, and either they’d been there a while and had forgotten to swill and spit, or they didn’t realise I was English, because the lady rather loudly and randomly commented to her husband that we looked like ‘a rather eccentric French family who didn’t know how to tie their shoe laces’. I thought this was pretty rich coming from someone whose companion was sporting an garish yellow daisy-print sunhat! 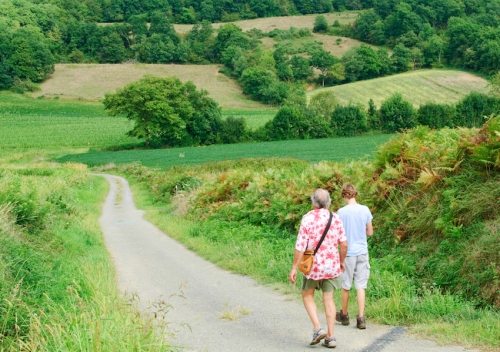 Classic Madirans are robust, earthy and quite ‘tanniny’ (wine critics the world over will be blown away by my wine vocab.), which is just how I like my wine (and men) to be. And the very best are aged in oak.
The polyphenols found in red wine in general play a key role in its health benefits by acting as antioxidants. Grape skins have high concentrations of polyphenols and in particular, procyanidin. Studies show that regions of the world with the greatest longevity also correspond to those with the highest procyanidin content in their wines.
The highest procyanidin content of all is to be found in the wines in the Madiran region and, as it happens, they also have the highest concentration of resveratrol, which is a sort of a natural plant antibiotic. Resveratrol is part of the defense mechanism in vines, which fights against fungus and other diseases. In humans, studies have shown it has anti-cancer, anti-inflammatory, blood-sugar lowering and other beneficial cardiovascular effects.
As Professor Roger Corder, author of ‘The Wine Diet’ explains: ‘One important advantage of choosing wines with a high procyanidin level is that less needs to be consumed to achieve the optimal health benefit. The best results I’ve had in my laboratory have been from Madiran wines. These have some of the highest procyanidin levels I’ve encountered, as a result of the local grape variety, Tannat, and the traditional long fermentation and maceration. In contrast, mass-produced, branded wines sold in many wine bars and pubs generally have disappointingly low levels of procyanidins.’