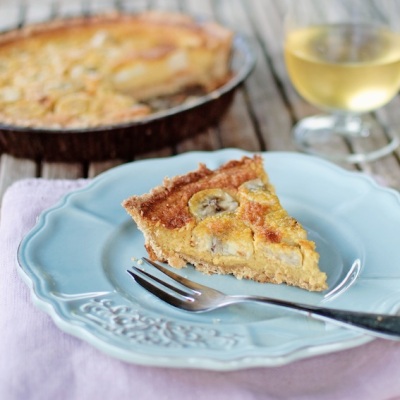 I think that Java might have experienced what we psychologists refer to as a psychotic break. Being surrounded by creatures – human and animal – of questionable sanity, I recently felt the need to go on a course, which is how I am in a position to say this. I’m not sure whether I should mention my diagnosis to Bossy or not; she thinks Java’s just an adorable scatterbrain and I don’t really want to be the one to break the bad news. Anyway, Java spends hours every morning and every evening gazing at baby rabbits with her head cocked and one foot in the air. She looks, frankly, more than a little bit foolish, and that’s being charitable. I mean, she’s a hunting dog so you’d think she’d try to catch them instead of staring at them gormlessly. I know that she’s bred to hunt birds, but it’s still very odd. I think that she’s probably waiting for them to spread their wings and fly away, but in view of the fact that they’re rabbits, that’s just not going to happen. I don’t put her straight though because while she’s busy being half-witted, I get some uninterrupted peace. 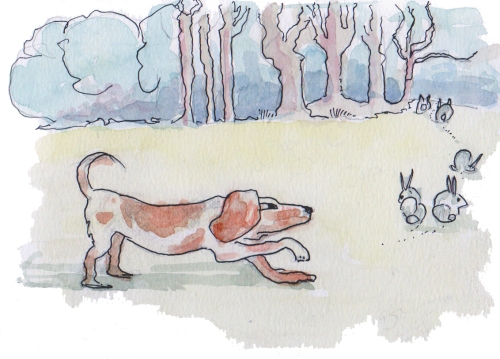 To make the pastry, begin by cutting coconut oil into small cubes. Add this to the flour and desiccated coconut with a pinch of salt in a mixing bowl. Blend by hand until the mixture becomes crumbly. Add the cold water, mixing with a spoon. Remove the mixture from the bowl onto a lightly floured surface. Knead until you obtain a ball of pastry (if the mixture isn’t ‘sticky’ enough to form a ball, you may need a drop more water). Wrap in a clean cotton tea towel or some cling film and leave to ‘rest’ in the fridge for about two hours. This relaxes the dough and makes it easier to use.

Preheat the oven to 180°C. Roll out the pastry on a clean, lightly floured surface and fill the tart tin. Cook the pastry for 15 minutes. Arrange the bananas evenly over the surface of the pre-cooked tart. Add the eggs, coconut sugar, desiccated coconut, vanilla essence, cream, rum, cinnamon and nutmeg to a bowl and combine to create a homogenous mixture. Pour over the bananas and cook for 30 minutes, or until the filling is no longer wobbly. Delicious served either lukewarm or chilled.